The Mystery of the Lizard Men

The Mystery of the Lizard Men

Joseph Barbera
William Hanna
The Mystery of the Lizard Men is the first episode of the 1960's Jonny Quest.

After a few ships disappear in the Sargasso Sea involving strange red lights and lizard men, Team Quest is called in to investigate.

A freighter in the Sargasso Sea is destroyed by a red beam of light. The crew of a nearby fishing ship witnesses it and calls the coast guard, but are incapacitated by men in green lizard suits and left to die as the boat is destroyed by the same red beam. A coast guard plane investigates the last known position of the fishing boat, only to find a Portuguese survivor on a flotsam.

The survivor is treated of his injuries and repeats something about explosions, thin red lights, and sea lizards. Phil and Roberts then decide to visit Dr. Benton Quest for help in solving the matter, as 5 ships have already been reported missing in the Sargasso Sea. They arrive at the island as Johnny and Race are still practicing martial arts. Both are called back by Benton, who later, using UNICE, determines that a Laser was involved in the disappearances of the ships.

The group recovers and manages to escape their prison in the submarine, but are spotted by the Lizard Men and attacked. This time, they manage to escape into their skifoil but are followed by another boat, with one of the Lizard Men firing at them. Benton realizes trouble and orders the ship's gunner to fire on the Lizard Men, but to no avail. Race then steers the skifoil towards the derelict upside-down boat with a jump, flattens the Lizard Men and their boat. As Race, Johnny, and Bandit flee towards Benton's ship, the Lizard Men fire the laser gun into a tanker, setting fire to the Sargasso Weed, but the skifoil manages to raise its skis and rush through the flames. On the Lizard Chief's orders, the laser is fired onto Bannon's ship, but is reflected by a mirror onto the shipwreck, destroying it, himself, and the Lizard Men on it. Johnny and Race then witness from a distance the man to the moon rocket flying to space.

Back at the island, Benton uses UNICE and determines that the Laser experiments were performed by foreign powers and the men wore lizard suits to frighten off the curious. Johnny, Race, and Bandit return to training on the beach. 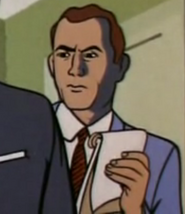 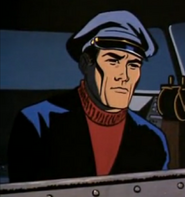 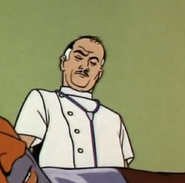 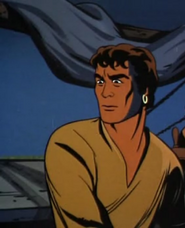 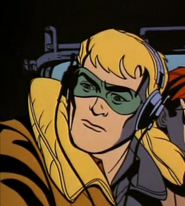