Announcement and description was posted to Facebook on April 15, 2016:[1]

Ready for action figure adventure? We've already told you that we'll be making some of your favorite Hanna-Barbera characters into retro figures. Today, we're giving you your first look at one of the most requested characters, as well as members of his supporting cast. It's a peek into production at none other than JONNY QUEST! Everyone's favorite adventurous cartoon kid will be joined by his father, Dr. Benton Quest, best pal Hadji, and bodyguard Race Bannon! All four figures will be available from Figures Toy Company later this year, and we will update you with more information and pre-orders as the time gets closer!

This carrying case fits up to four 8 inch action figures. Comes with dividers that attach with velcro so that you can customize how wide the area is for each figure. Perfect to carry around a few action figures along with some accessories. 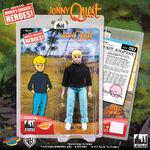 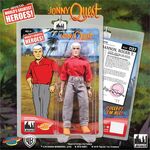 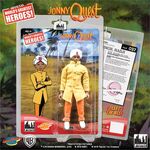 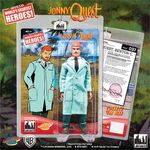