A Jonny Quest coloring book was published by Whitman in 1965. It features many elements of the episode The Curse of Anubis, although it notably does not include the mummy.

The coloring book was later re-released with a different cover. 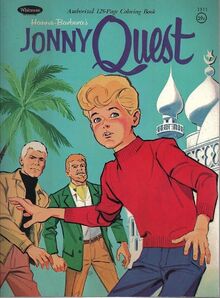 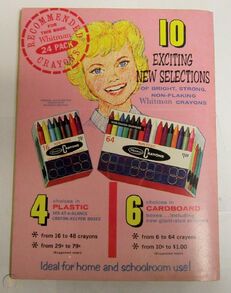 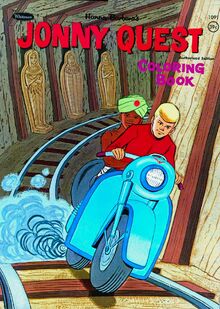 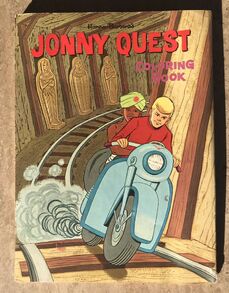 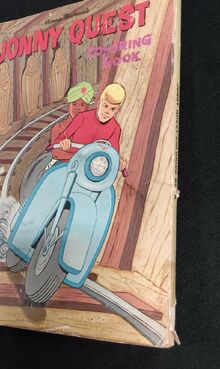 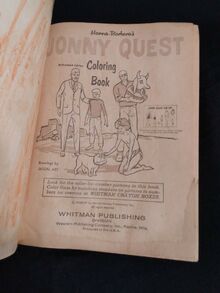 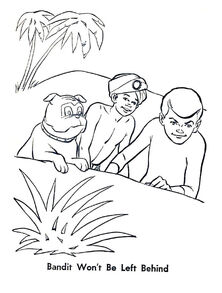 Bandit, Hadji, and Jonny - "Bandit Won't Be Left behind" 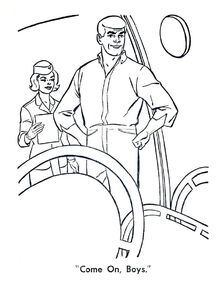 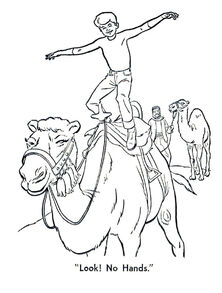 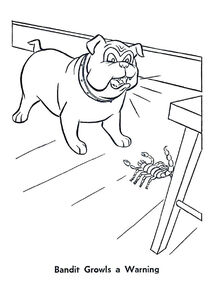 Bandit growls at a scorpion - "Bandit Growls a Warning" 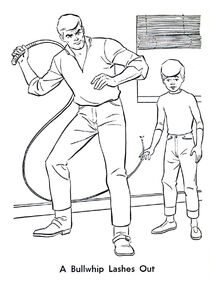 Race and Jonny, Race holding a whip - "A Bullwhip Lashes Out" 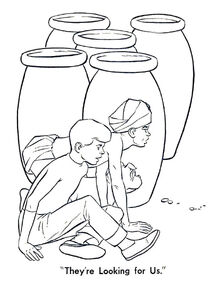 Jonny and Hadji hiding behind large pots - "They're Looking For Us." 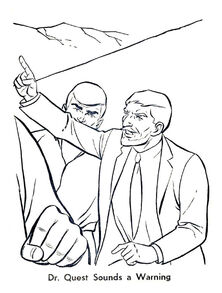 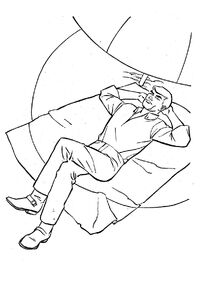 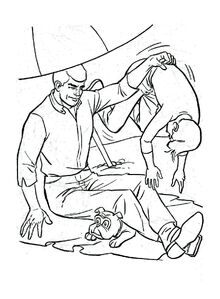 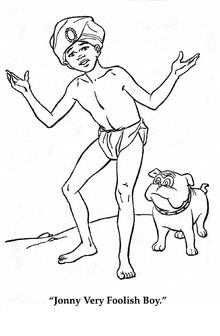 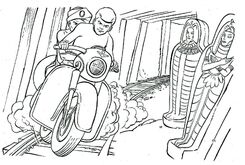 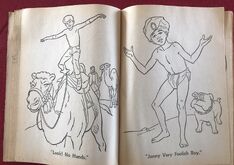 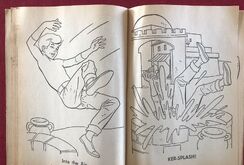 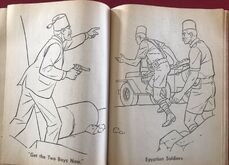 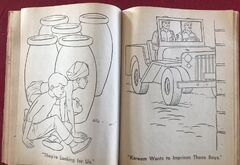 "They're looking for us" / "Kareem wants to imprison those boys" 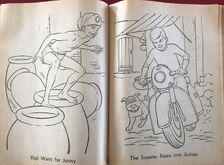 Haji waits for Jonny / The scooter roars into action 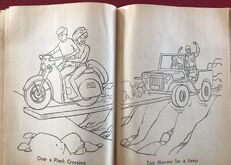 Over a plank crossing / Too narrow for a jeep 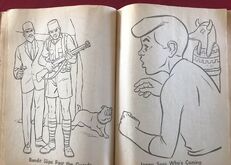 Bandit slips past the guards / Jonny sees who's coming 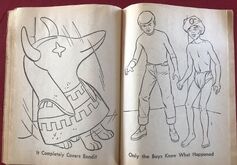 It completely covers Bandit / Only the boys know what happened 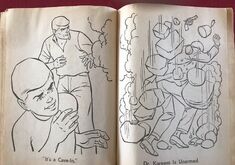 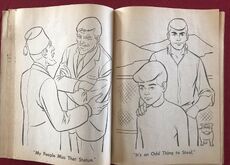 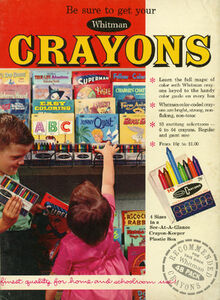