View source
watch 01:36
We're Getting Mutants in the MCU - The Loop
Do you like this video?
Play Sound

Jonny Quest: The Complete First Season is the second DVD release of the complete original 1964 Jonny Quest television series. It was released by Warner Home Video as part of the Hanna-Barbera Diamond Collection.

The original series was only one season long; the 1980s series was marketed as the "second season" of the show.

The original series was first released on DVD in 2004 as part of the Hanna-Barbera Golden Collection, which included a fourth disc with bonus material.

Official description from the back of the DVD case:

TV's first animated action-adventure series is about to take you on a breathless ride. All 26 Year-One episodes charting the fantastic exploits of brave and brainy 11-year-old Jonathan Quest are yours in a deluxe 3-Disc Set. Unlike the outrageous fantasy plots of cartoons that preceded it, Jonny Quest drew on science and detective-style logic to solve mysteries and apprehend sophisticated villains. Viewers were transported to exotic locales as Jonny's dad, Dr. Benton Quest, tackled each new government assignment, aided by ex-agent Race Bannon, the Indian boy Hadji, family bulldog Bandit ... and of course, his fearless son Jonny. 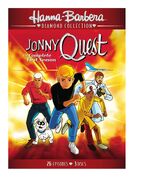 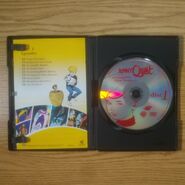 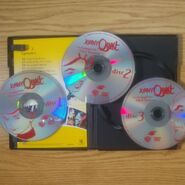